Tom Pawelek's personal blog: behind the scenes look at modern technology of finance and software developments.

For CUDA-based software, like PG-Strom, putting a GPU in a Thunderbolt enclosure is enough. However, to ensure that regular 3D apps also benefit from this desktop-class acceleration, some extra steps are required.

Headless 3D is a No-Go

Because of their very nature, technologies like CUDA / OpenCL are designed to perform complex calculations directly on the GPUs. And because these computations could be generic and not neccessarily produce a visual output, CUDA works fine even without a display attached to the card.

Sadly, the same cannot be said for 3D acceleration. At least not yet. In order for full-screen apps based on OpenGL to take advantage of GTX cards, they have to be rendered on a screen hooked up directly to said GPU.

Which really is a shame. Anyway, three things I’ve learned in my attempts to get a working video on an external monitor are:

1. Install and run the supporting eGPU services provided by the automate script I described in my previous post on CUDA:

2. If the Thunderbolt card is connected to a 5K iMac and the automate script was amended (by removing IDs in line 62), then there will be no eGPU video output.

3. Straight cables only, no DP/HDMI/DVI converters.

Finally, after testing with 3 monitors, 2 cables and 1 converter, I managed to have a working output. In order to make the GTX a primary GPU, I had to open Display Arrangement setting and move the little white bar to my external monitor: 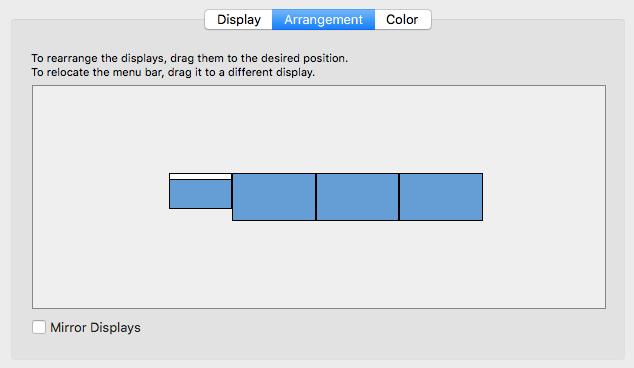 Despite what the following dialog shows, 3D apps still need to be launched on the display connected to eGPU to be powered by it: 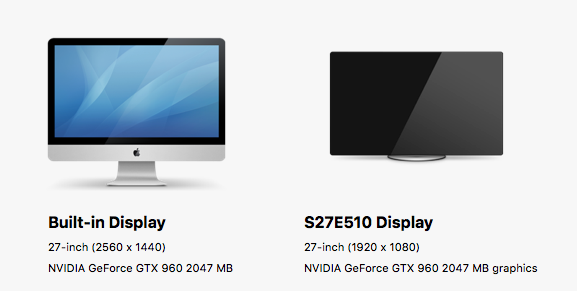 In a surprise move, Apple is introducing a native support for eGPUs in its yet unreleased Sierra macOS (according to MacVidCards.com). It might be marking a new era for this technology, as other vendors like Razor and Alienware seem to be testing the waters of offering external PCIe enclosures into a mass market. 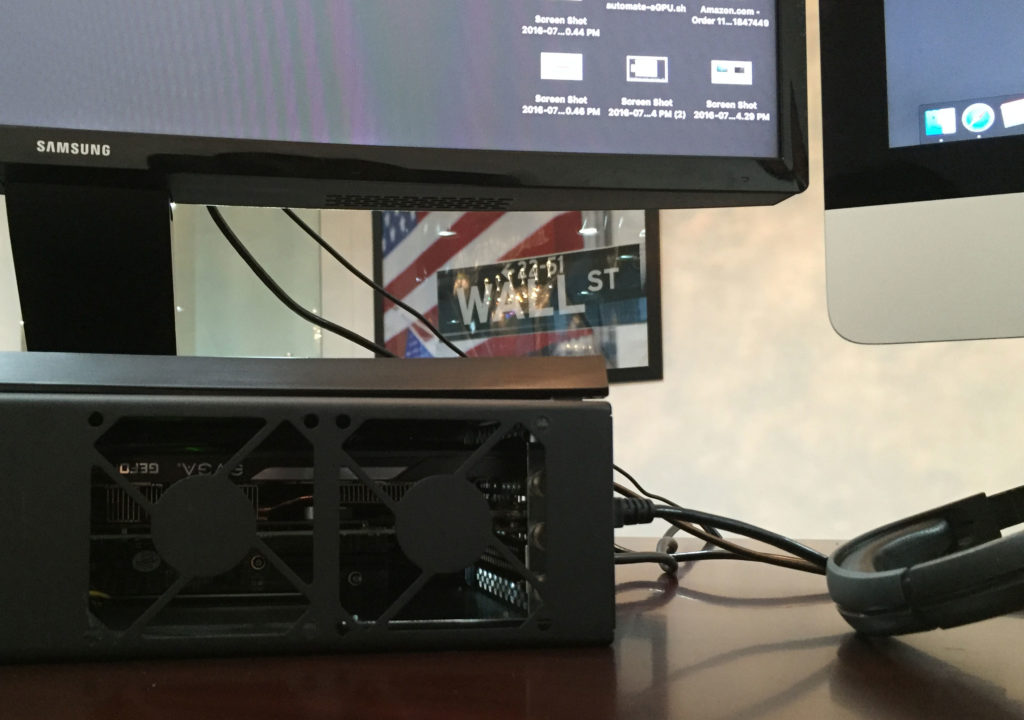 For now, my Sonnet Echo Express III-D put on a side aligns perfectly with a Thunderbolt Display. Coincidence?